Those of you familiar with Indian cooking are no doubt familiar with the lassi – a traditional drink made with yogurt and water. There are both salty and sweet versions. I’ve never had the salty variety. But, the sweet one and I – we go way back.

Long ago, I frequented an Indian restaurant that, while they had the more traditional mango lassi, also offered up a cinnamon version. The tang of the yogurt with the warm spice of the cinnamon was an addictive combination for me. Sadly, when I gave up dairy, I gave up lassi. Soy yogurt lassi just did not cut it.

But I am lassi-less no more. Enter the super spectacular So Delicious Cultured Coconut Milk.

Oh Turtle Mountain, I love you so.  This is the same company that makes Purely Decadent coconut milk ice cream, and So Delicious coconut milk beverages.  Apparently, they also make a kefir-like drink and a creamer, too. Though I’ve yet to find either of those locally.

Last night, after I made dairy-free ganache with coconut milk, my husband said to me, “Is there anything that coconut milk can’t do?” He must have been thinking about that today. I sent him to the store for some of the cultured coconut milk and he came back with extra, saying “We could make lassi out of this.” Right he is. 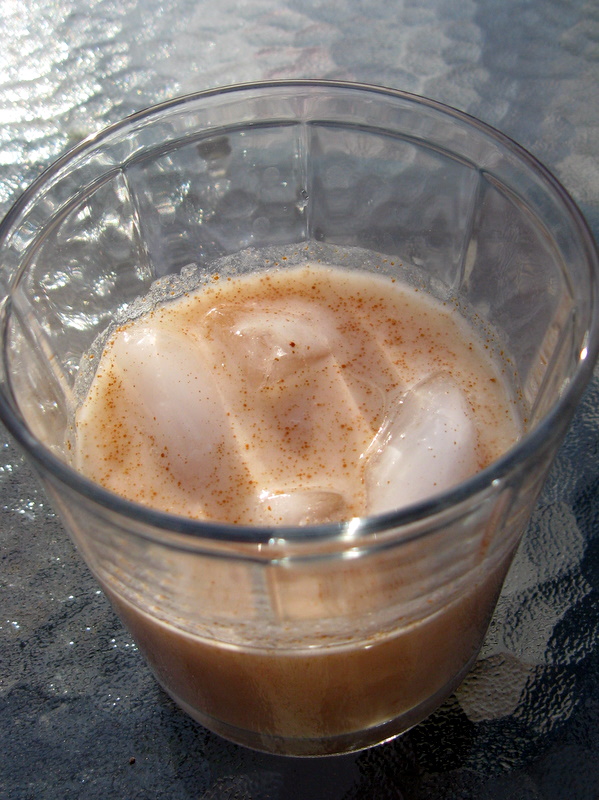 Whisk all ingredients together and serve over ice.

This entry was posted in coconut, drinks. Bookmark the permalink.